It was another "who's wearing what" event last July 25, 2017 at the New World Makati Ballroom as People Asia launched it's July 2017 issue featuring men from various sectors and industries who made a difference to society. Joining "Lucky" were other distinguished gentlemen such as New San Jose Builders Inc. Chariman Jerry Acuzar, fashion designer Francis Libiran, Clata Corp. chariman, president and CEO Joseph Calata. The event was staged and executed by Black Tie Entertainme

THE GROOMSMEN performs at the 5th Marry Me at Marriott Bridal Event.

It was another fairy tale event as the Marriott Grand Ballroom was transformed into a huge garden with the ceiling accents by event stylists Gideon Hermosa, Michael Ruiz and Teddy Manuel. Underneath the dreamy setup was a 200ft runway which set the stage for the most anticipated bridal show in the metro. On it's 5th year, Marriott featured the collections of Avel Bacudio, Hannah Kong, Happy Andrada and Michael Leyva. The biggest surprise of the evening was the appearance of T 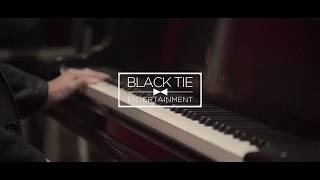 If you're new to Jazz or just really curious, join us for Pop-Jazz Crossover nights every Wednesday at the Makati Shangri-la Lobby. The Voice of the Philippines Season 2 semi-finalist, Mark Cando leads the group as he croons the night away with your favorite Sinatra and Bublé hits. Joining him is the lovely pop-bossa recording artist Stephanie Romawag. The two are backed by a really young but highly talented rhythm section led by Alex Salva (musical director) on keys togeth

Philippine Chamber of Commerce and Industry

Now You Can Blog from Everywhere!